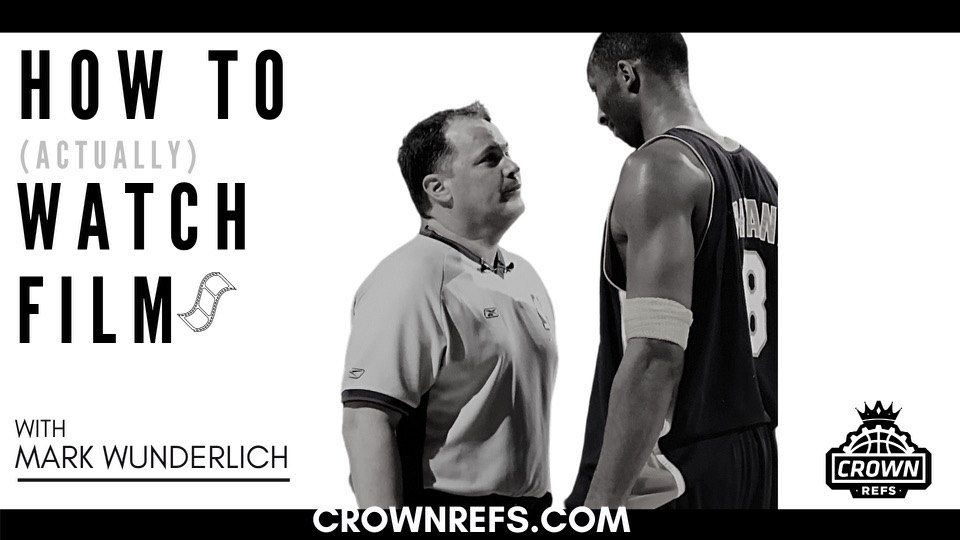 Pretty good resume, if I say so myself. When Crown Refs sat down to talk with Mark, we asked some heavy hitting questions in order gain as much value from someone in our space who has experience officiating at the highest level for 21 years and who is now in charge of developing and improving the game of the best referees in the world. 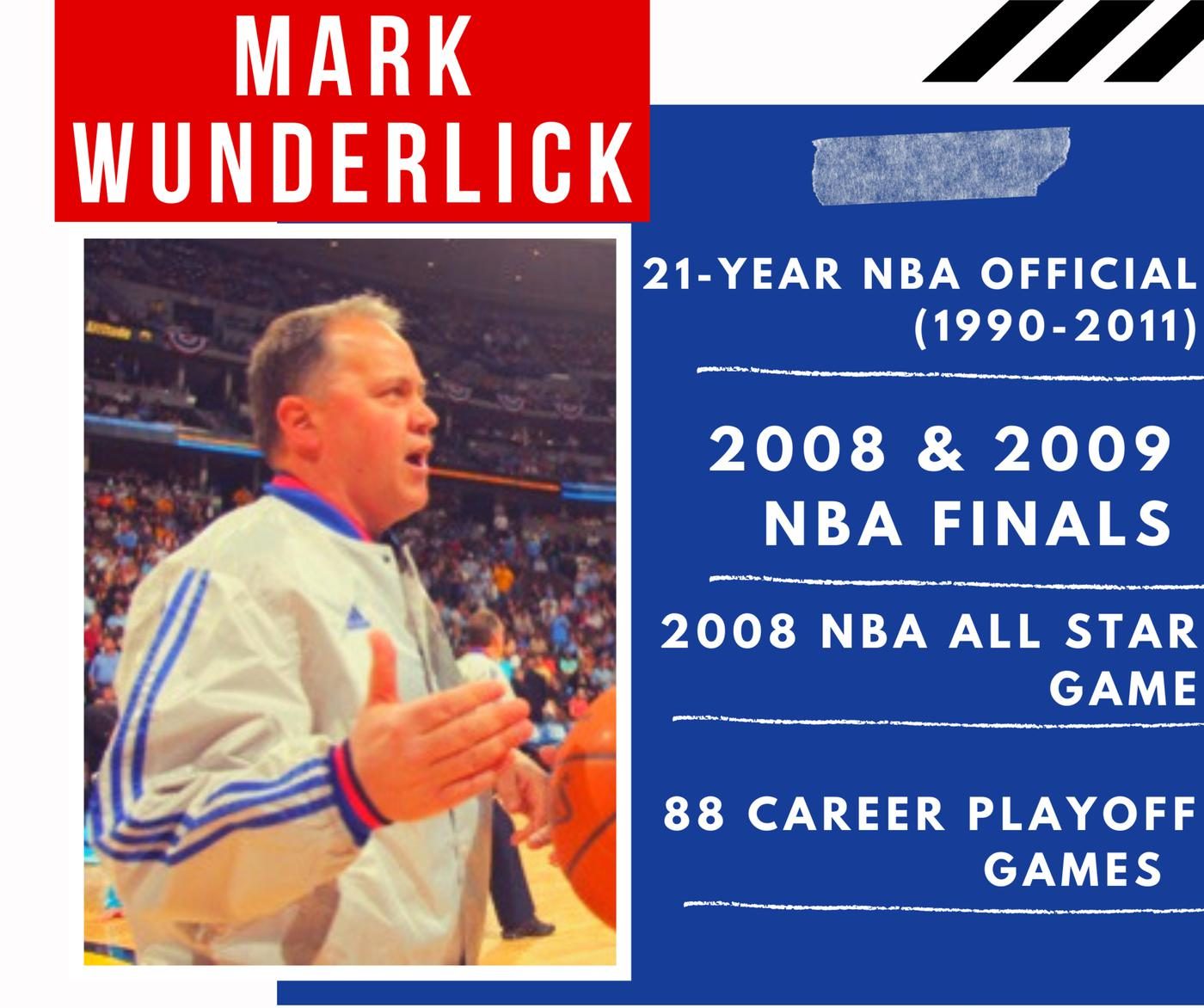 So, what can we gather from Mark? What can we do to continuously improve our game?
Mark broke it down into three vital concepts when it comes to improving your play-calling and credibility as an official.

The Art of Building Effective Habits

Establishing good habits is tough. Building bad habits is easy. I remember being known as the ‘pointing ref’ amongst my ref colleagues for quite some time. I developed a habit of blowing my whistle, calling the foul and then simply pointing at the player who had the violation. I was ‘that guy.’
Looking back at it now, it was difficult to break out of this habit. I had my crew members and ref mentor make note of every time I didn’t use proper mechanics when calling a violation and letting me know the next dead ball. After a few games, the bad habit was gone and the new habit (which should have been muscle memory already) was instilled in how I officiated every game moving forward.
When we sat down with Mark, he said we need to build habits to develop our mechanics so we can create consistency and calibration that provoke fairness – because that’s what refereeing basketball is all about. 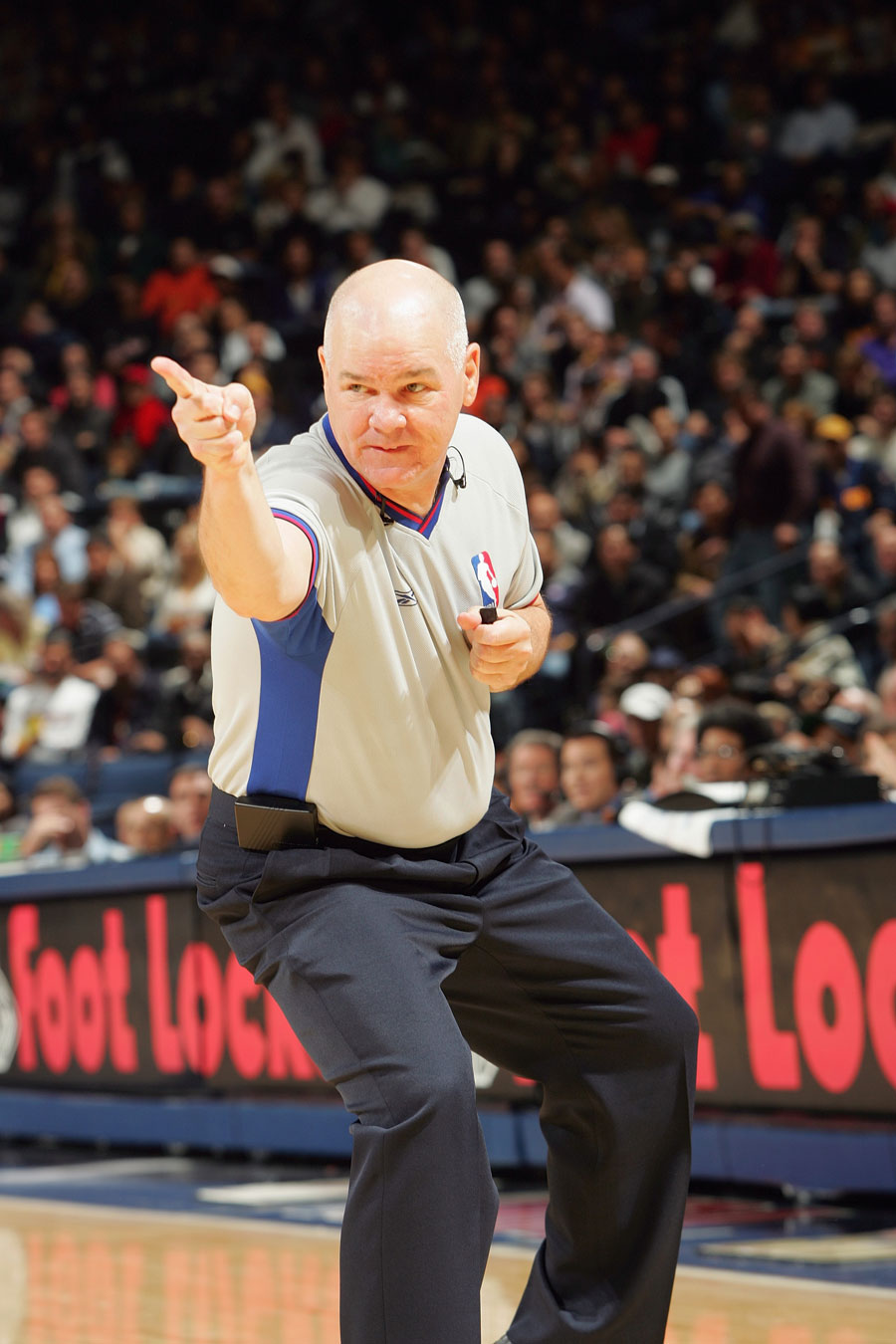 Strive to build habits to create consistency and calibration that provoke fairness; that’s what reffing is all about.

How to Effectively Watch Film to Improve your Skills

How does this come into play when discussing the art of watching film?

Speaking for myself, but I think we can get caught up in watching our best plays as referees, just like athletes watching their highlight clips. If we just focus on our good plays, what is the point of even watching film? To feel good and give yourself a pat on the back?

Of course, there’s a time to recognize the good plays you made when watching film, but that isn’t where the improvement will come from.

Mark discussed that watching your game tape takes out all the emotion you felt on the floor. With film, it’s just the film. It’s where the rubber hits the road.

So, how can we effectively watch film to improve our skills?

Mark told a story back when he was 27 or 28 years old, as a young official breaking into his officiating career.

Joey Crawford was one of his mentors and crew members at the time. Joey would invite Mark over to his living room to watch film. Mark let us know that Joey was obsessed with the pause button on the remote control.

Every drive to the basket, Joey would pause the tape and ask:

Who do you got here?

Who are you looking at?

Who are you referring?

Where are your eyes? 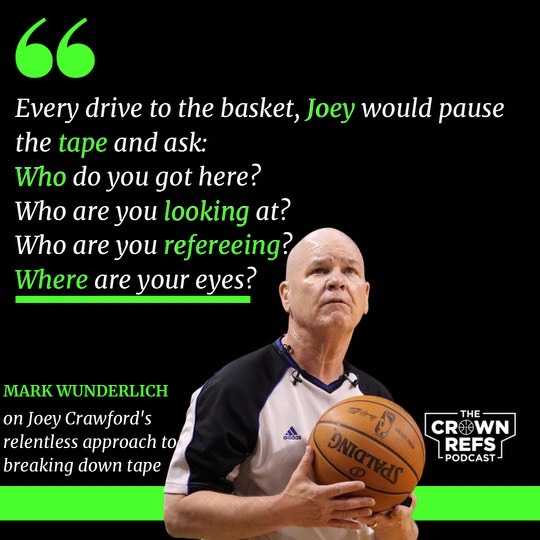 Joey’s ability to be honest with Mark only improved his skills as an official. And although he may have wanted to punch Joey at times for his honesty, he understood that Joey was telling him the truth. And Mark realized that without honesty during film review, there is a much smaller improvement window.

Another tip Mark gave us regarding film study is to not be afraid of pressing pause and asking yourself questions. Ask yourself what you’re looking at, what your angle is, if you have an open look, etc.

The more honest we can be in our film review, the more improvement we will see.

As refs, we could ref an entire ball game without using our words. Of course, we need to communicate with our team members, players and coaches when the time is necessary. However, as officials part of a crew, our eyes tell the story.
Mark said in our conversation that if the ref crew can use their eyes and trust each other to make the correct calls within their primary area, it is poetry in motion.
Another piece Mark shared that we should strive to trust and have the ability to give up the ball and trust your teammate. 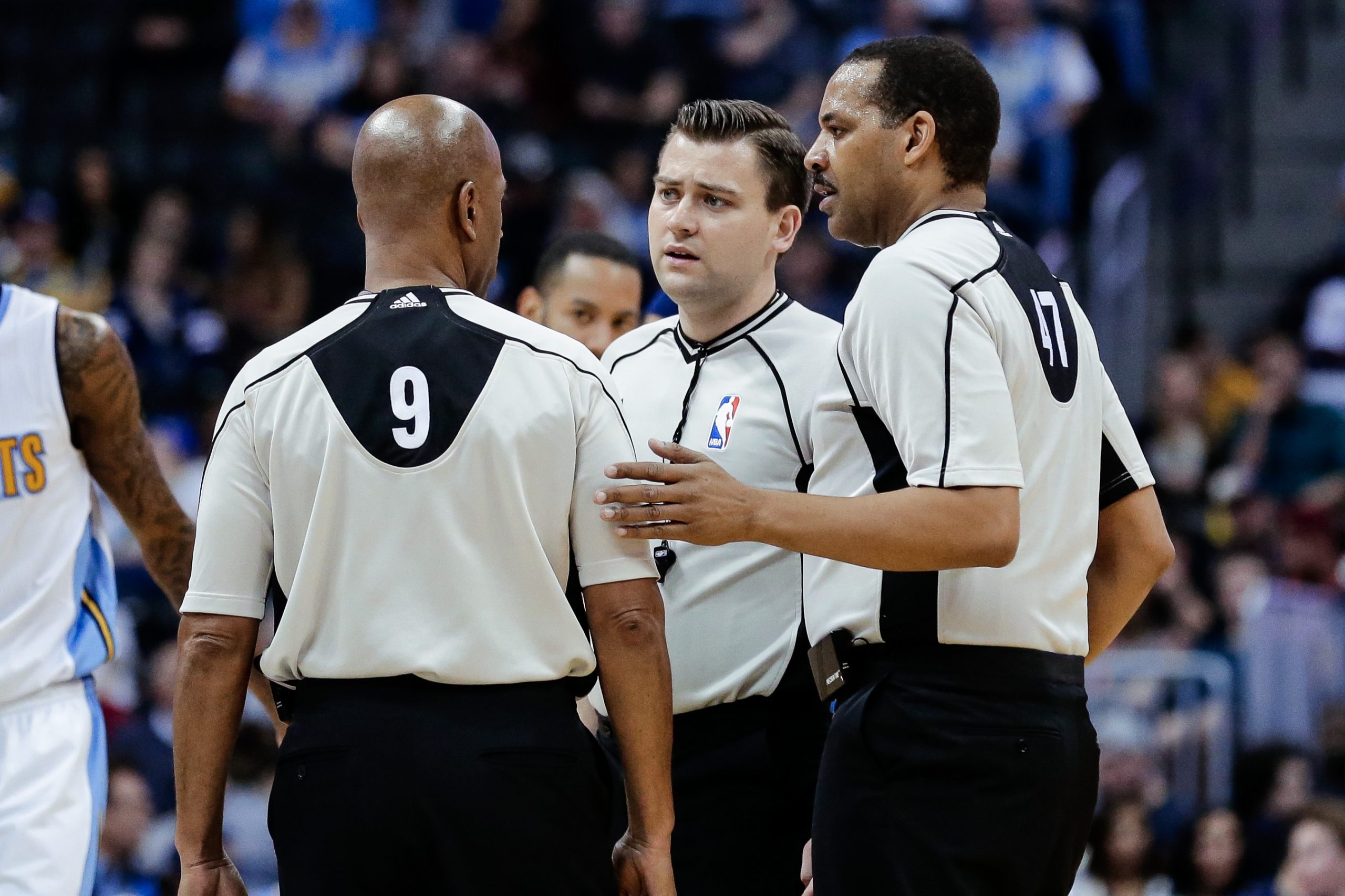 He said to go into your next game with the mindset of saying, “OK, he/she has the player, now I’m off.” Passing the play off to the appropriate official and focusing your attention on your primary coverage area. While this may be difficult to do at first, especially if you’re an experienced official reffing with a new official, it will only give the younger official more confidence and ingrain your team’s trust. 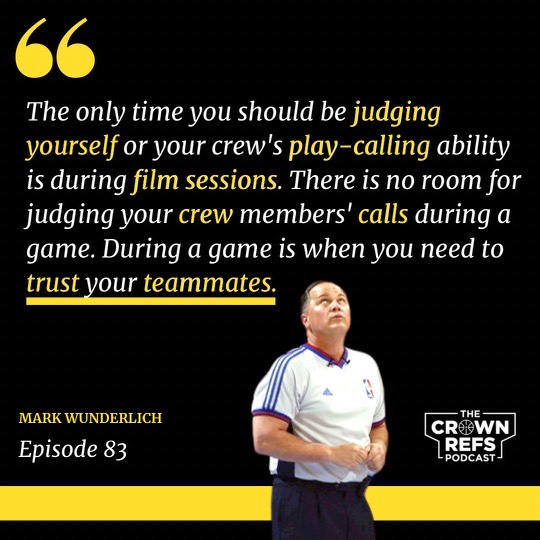 The ability to move your eyes and read your crew’s eyes when the ball is passed off from your position to another position will allow trust to take the forefront. If we can understand where the lines on the floor are and trust our crew to make the call, we will allow ourselves to be much more free and ref our zone effectively, rather than worrying about the entire floor and our partners’ responsibilities.

To watch the entire video interview with Mark, click BELOW!