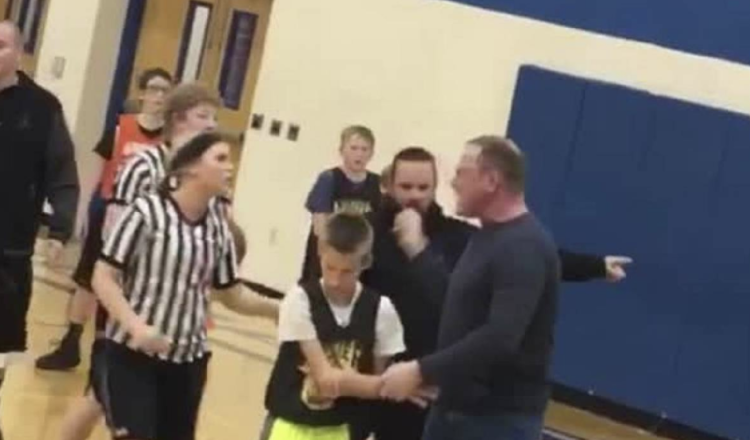 Organized sports have allowed countless people to come together, share positive experiences, and make memories with their friends. Many people engage in recreational sports leagues on the weekends to stay in shape and have some fun while doing it; others compete at the high school or college level, and the lucky few make it to the professional level. No matter the sport, the chemistry built between teammates, the friendships made, and the lessons learned from organized sports can last a lifetime. None of this would be possible, however, without sports officials.

Without sports officials, there would be no travel ball. No weekend men’s league rec games. No youth sports, no high school sports, no college sports. While a world without sports may sound impossible, here’s a fact that might alarm you: we are closer to that reality than you may think.

According to research done by Officially Human, 45% of sports officials report that they have less than six years remaining in their career. 50% of officials are 55 years old or older, yet only 12% of officials are under 34 years old. The kicker? 70% of new officials quit after only three years, and the top two reasons they quit are because of verbal abuse from fans and coaches. I recently spoke with Anthony Fischetti from Westchester County New York about his experiences with verbal abuse from fans in the midst of the 2020-2021 “COVID season.”

In the area where he officiates, over 81% of officials opted out of the 2020-2021 season due to health concerns. Even though Westchester County only had a three-week basketball season, they still had trouble scheduling games due to a lack of officials.

Anthony was one of the few officials who chose not to opt-out. Due to the lack of officials, he frequently had to work several days in a row and was sometimes forced to work doubleheaders. During the majority of the three-week season, fans were not allowed in the building. This gave officials a break from verbal abuse from fans, but the break was short-lived.

Late in the season, Westchester County loosened its attendance policy, and parents of seniors were allowed in the facility on each school’s senior night. According to Anthony, several parents had to be ejected during the first night they could watch their children play all season. When asked how this made him feel, Anthony shared this thought with me.

“As the dad in the stands was riding me, I had this thought. I had this thought on the court. I was thinking, does this dad know that there are 535,000 dead Americans right now, and yet he has the privilege of watching his son play? And he’s healthy? Instead of taking that in, he’s riding me like crazy!”

Anthony had to speak to the site administration about this particular fan. He said that “I know there aren’t a lot of people in here and I don’t want to have rabbit ears, but this guy is riding me like crazy! Please watch this guy!” Later in the game, that Dad’s team began to lose by twenty points or more, and after that, he didn’t say much more to the officials. It’s certainly shocking that in the midst of a pandemic with so many people’s lives being affected, this parent decided to show his true colors that night instead of being thankful that he was healthy and had the ability to watch his son play for the first time all year.

Anthony shared another story with me about his friend’s experience. “One of my friends had to stop a game with twelve total people in the stands. He had to tell the administrators that ‘that dad leaves or we don’t finish the game!’ It was crazy.” said Anthony.

These are just two examples of abuse from fans that continues to occur even during troubled times like these. There are undoubtedly countless more experiences just like these that are going undocumented every single day. The abusive fans are typically those who have never officiated a sport before and don’t understand the rules of the game.

In regard to these abusive fans, Anthony says, “They think we just come and throw the ball up and we’re done when the game is over! They don’t see how much professional development that goes into this craft. We have monthly meetings and refresher exams. We study the rules. There is so much that fans don’t see!”

Anthony gave me a story that perfectly illustrates this point.

“One of my partners was running late to a game. It was a 6 o’clock game. He got stuck in traffic and wasn’t gonna make it. So one of the coaches who was coaching the 7:15 game said ‘Hey Anthony, I’ll work this game with you until your partner gets here.’ So he did. But he walked off after the end of the first quarter! He said ‘It’s so much faster on the court than it is when I’m over there coaching. It’s going a million miles an hour!’ And the funny thing is Zack, this was a 6th grade game.”

At the end of the day, we are all in this together. If you are a sports fan, please think twice before taking out your frustrations on the game officials. They are human just like you. They have thoughts and feelings. They make mistakes, just like we all do. Don’t be in the group of people that is contributing to the decline in numbers of sports officials. Do your part and make this world a better place for all of us.